I am a composer based in London. On this website you can listen to and purchase tracks, and contact me about commissions. You may also add comments to blog posts below.

Hi All, many apologies for not updating this site for so long. I moved to London from Vancouver in late 2017 and have pretty much taken that time to settle into life here in this great city.

After a great many obstacles I finally managed to get the money raised from the sale of the 'Our Missing' tracks to the parents of the missing 43. This will help towards their legal and accommodation costs while they fight for answers from state officials in Mexico City. I am grateful to Mikael from London Mexico Solidarity who found me a reliable contact, Paula, to deliver the funds to the parents. She had this to say on behalf of the parents:

'Tell Mr Lawrence - for my part - thank you very much. Because, beyond that money helps solve urgent needs, the gesture is what helps most. It's a hug from people who don't even know and think about them. That is worth more. And if he also made a song he is a charm.'

Thank you to everyone who supported this fundraiser. Their search for answers goes on as yet more people are disappeared in Mexico.

Stay safe everyone as we navigate these strange and challenging times. I am using the lockdown in London to work on several music projects both of my own and with Madrum. I look forward to sharing them with you before too long. Be well x

I did a radio interview yesterday (9th September, 2017) with America Latina al Dia to discuss the missing students of Ayotzinapa and speak about the music I have composed in response to their disappearance. The interviewer, Wendy Mendez, spoke about her own personal experience of being the daughter of someone who has been disappeared in Guatemala. Some of her uncles are missing too. It brought home to me just how widespread these incidents are and how vulnerable indigenous people, in particular, are when one considers the complicity of governments and state forces.

I have put the recording of the interview on the Ayotzinapa page. Please share it on social media to raise awareness of these state crimes, and to promote the fundraising initiative.

This very short solo piece for celeste was written towards the end of 2016. It was fun to create something exclusively for an instrument I use often in my compositions, and this may provide the basis for a larger orchestrated piece at some point. The percussive, isolated attacks would lend themselves to some heavy percussion. Please help yourself to this free download should you wish. Thanks as always for your continued support. 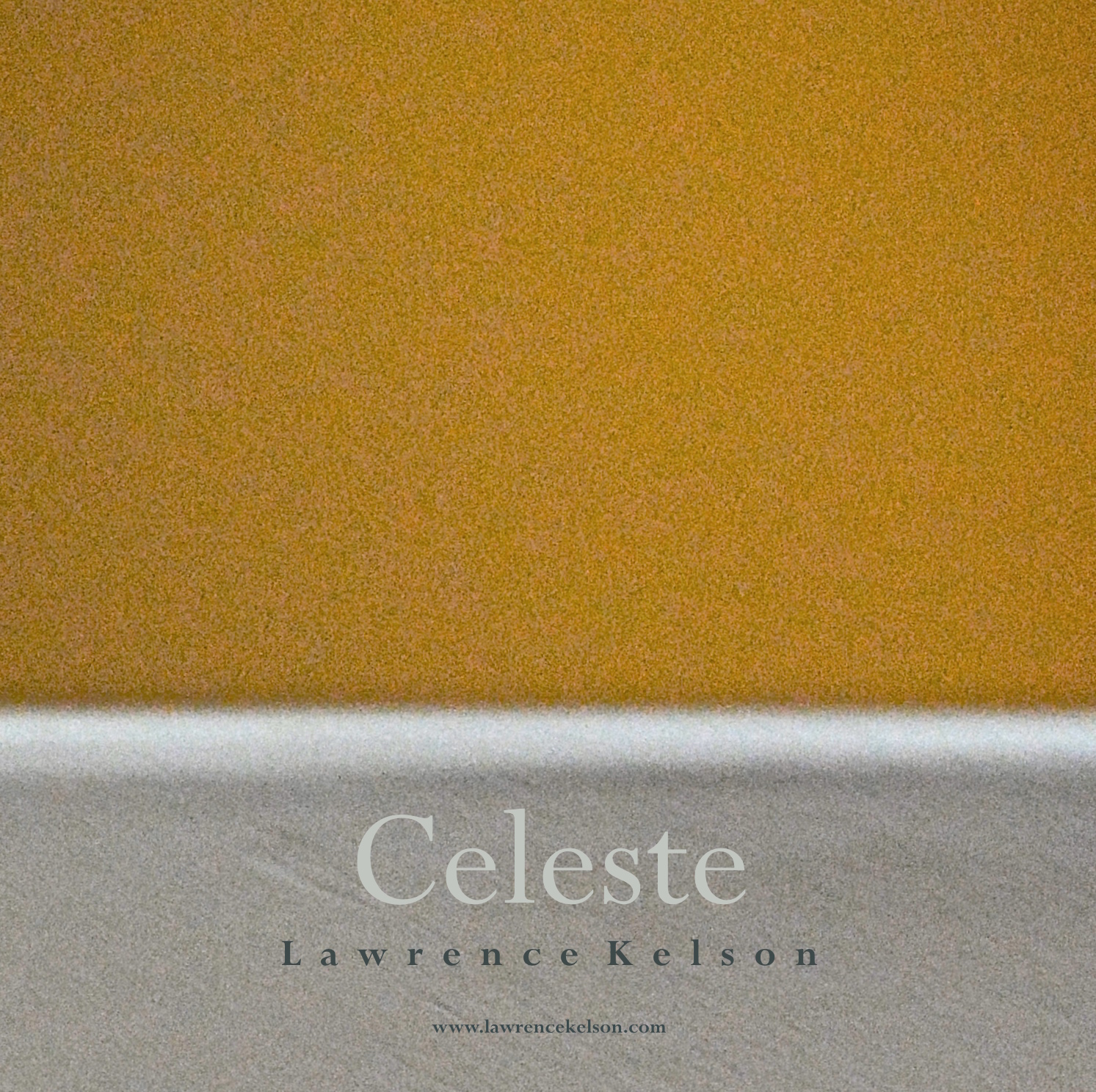 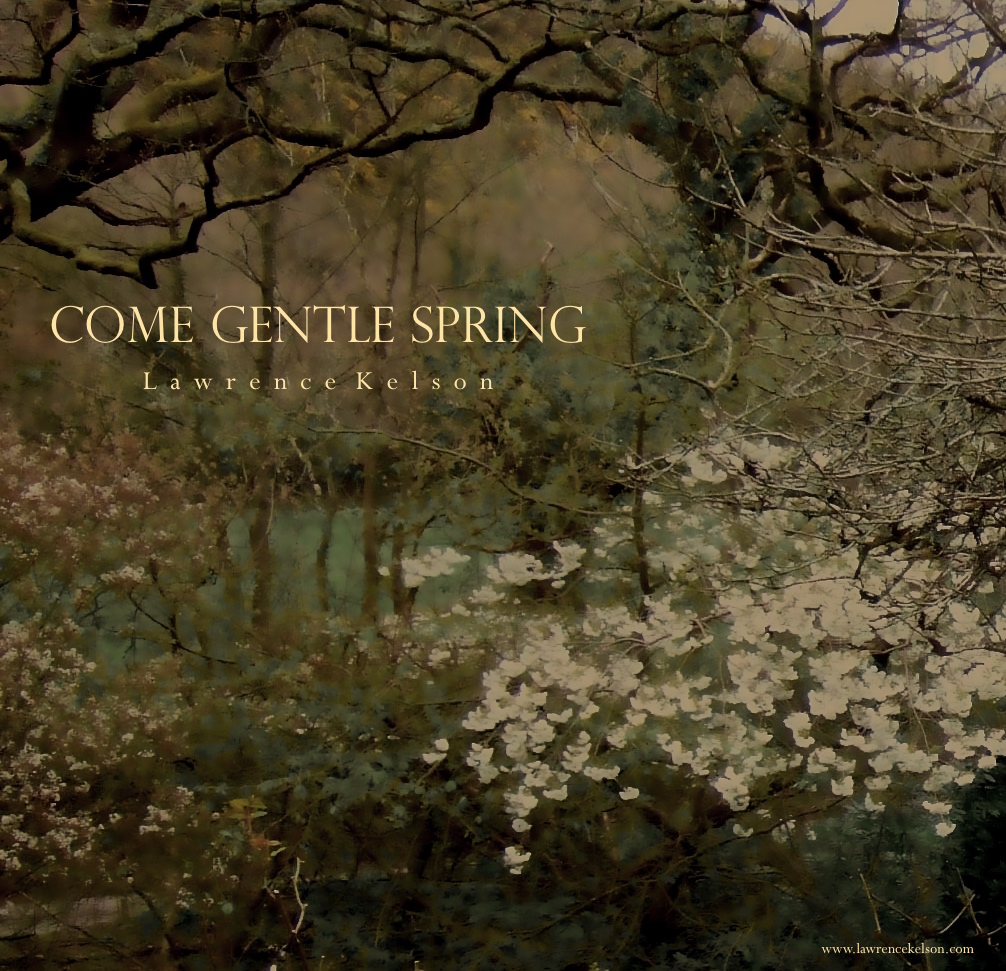 This short work for symphonic strings is about the coming of spring, written during the winter of 2016/17. The music of Estonian composer, Arvo Part, has been a huge inspiration on many aspects of my life and I was happy to feel its influence as this piece unfolded. The first half is softer with the string orchestra playing flautando which means flute-like, and where the instruments are bowed closer to the finger board. It is available as a FREE download from the Music page.

Kenson Wang, a Vancouver based compositor and post production artist, approached me a few months ago asking if I would write something for his latest show reel. He is a very talented guy who has worked on many big movies and video games. You can see the finished 2 minute reel on the Videos page.

The Film About Ayotzinapa Published Today

WATCH IT ON THE VIDEOS PAGE
I am deeply grateful to have been a part of this project about the Ayotzinapa students. This tragic event unfolded on a rainy night on the 26th September 2014. It has been close to my heart ever since I encountered that demonstration in the streets of Oaxaca, shortly after the 43 were disappeared. It feels vitally important to keep this, and stories like it, in the public consciousness, to keep the spotlight squarely on those responsible for the safety and well being of their citizens. Please share this movie (see Videos page), and do contact me if you know of anywhere it may be screened publicly. 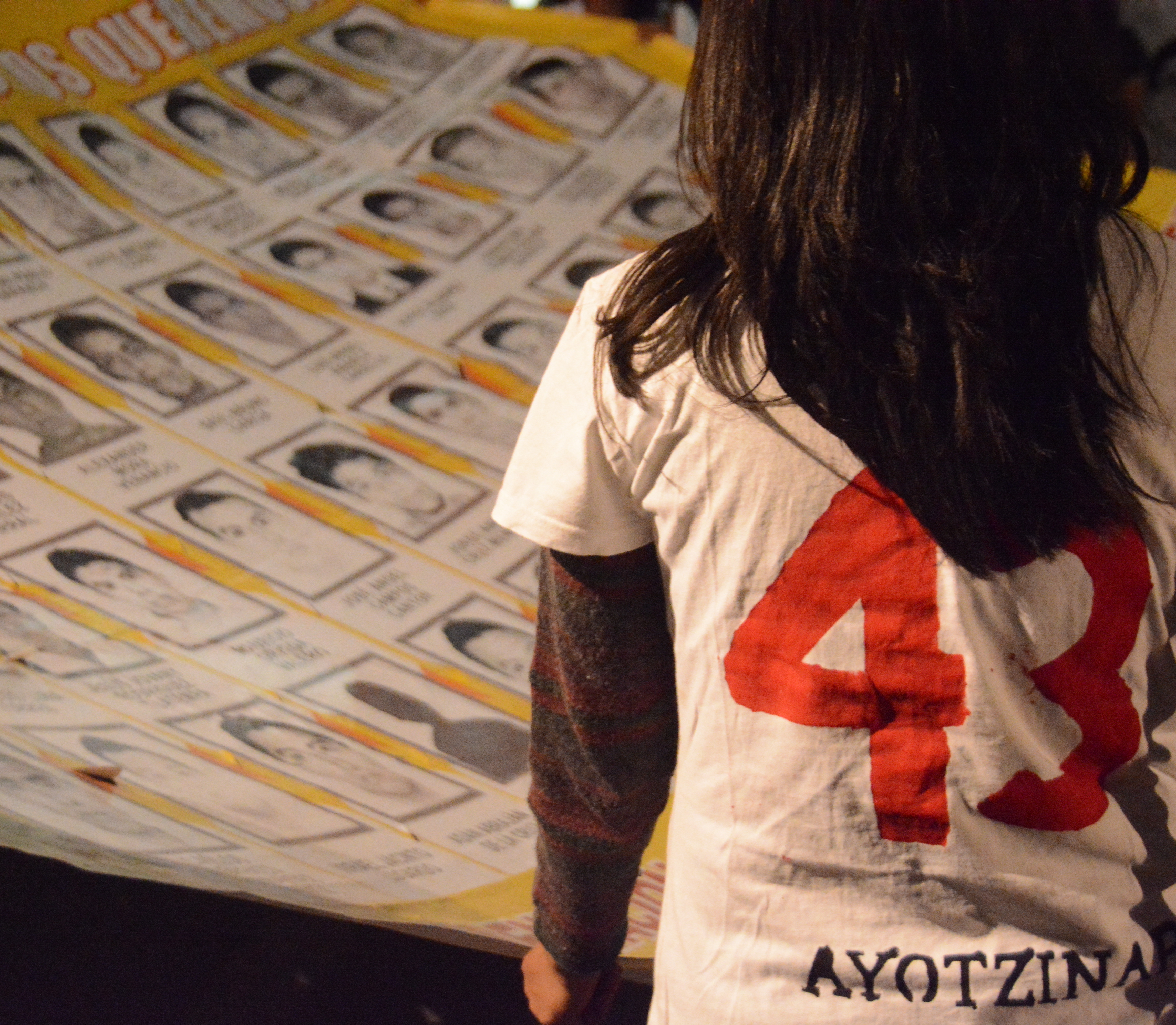 Published article about Ayotzinapa and Our Missing

Here is a recent article I wrote for the Movement Medicine newsletter about the Ayotzinapa project. Much gratitude to them for publishing it, and for also selling my work through their online store. You can learn more about their extraordinary movement practice at www.schoolofmovementmedicine.com

**It has since been decided by the Solidarity Group in Vancouver, and myself, that the funds raised will go to an account to support the ongoing legal fees of the parents of the missing students. They are in Mexico City fighting for answers from the state.**

OUR MISSING BY LAWRENCE KELSON

‘Our Missing’ is a piece of music I wrote about the disappearance of 43 students in Mexico on the night of September 26th 2014. This, and a shorter remixed version, are available to download from my website, with all profits going to support the teacher training school that the missing students attended http://www.lawrencekelson.com

I was travelling in Mexico in the autumn of 2014 when I encountered a large demonstration in the streets of Oaxaca. People were powerfully and peacefully protesting the recent forced disappearance of 43 indigenous students of the Rural Teachers Training School, ‘Raul Isidro Burgos’ in Ayotzinapa. It was moving to hear their names being called out amid passionate demands for their safe return. This was the latest in a spate of kidnappings and murders and it marked a tipping point in the consciousness of the Mexican people. Global news outlets covered the fated incident as tens of thousands of protestors took to the streets across the country. It has been estimated that, up to, 100,000 Mexicans have been killed in recent years in escalating drug related violence while the government appears unable or unwilling to intervene, its power curtailed by widespread corruption. Indigenous communities suffer greatly for their resistance, and defence of their land and way of life.
On my return to Vancouver I set about finding ways I could help. I got involved with a local solidarity group, AYO 68, which campaigns to support indigenous peoples across the globe who face continued threats from governments, corrupt authorities, and foreign extraction companies. It was here that I was introduced to two filmmakers from Mexico City, Patricio Cartas and Oscar Flores, who were making a short film about the missing students. I was asked to write a soundtrack that reflected the despair and darkness of the situation but which also illustrated hope, as people gather together to fight back. It includes recordings I made of the demonstrations in Oaxaca.
The soundtrack is available to download from my website, as is a remix of the fourth section, amended specifically with the movement community in mind. All the profits from both will go to the school in Ayotzinapa. Such places are vital for the preservation of indigenous culture and independence. The school is founded on principles that reflect the ideals that education leads to liberation. They have recently set up a radio station to keep their communities better informed. They also now have their own volunteer security personnel, as the police and government forces in the region can no longer be trusted to protect them. Donations will be sent to an organisation called H.I.J.O.S. who will pass the funds to the school. Below is an excerpt from a letter to the Vancouver Solidarity Group:

Our path is long, but our end will be glorious. This is why we love and we fight for our school, so that tomorrow when our 43 comrades are back we can finish the road. Maybe we don’t run, but we go slow because we are going far.

On April 10th 1971, Raúl Isidro Burgos died in Mexico City and today his remains rest in our Teachers School, which currently bears his name and where our 43 young brothers were being formed in the principles that our teacher used as foundation with the goal of educating a country.

…Burgos transmitted to his students…the ideals that education in Mexico should follow: “Let’s plant the seeds of freedom in the virgin field of the young ones hearts. The duty is to teach our students to be free.”

…that is still our goal. Educate not to obey, but to be free. The education is the only weapon to defeat poverty, marginalization, violence and illiteracy with which we grow up, we the people from below… The forgotten. The peasants. The natives…
P.S.: By the way, “Ayotzinapa” means place of turtles, and for that reason our mascot is a turtle. Actually, during the rainy season they are always on the hallways biting the feet of one or two distracted guys. Hehehe

You can read more about Ayotzinapa, and listen to the tracks, on my website http://www.lawrencekelson.com
Your support of this initiative is much appreciated. I wish you all many deep dancing moments, good health, and happiness. With love from the beautiful west coast of Canada,
Lawrence

‘Our Missing is especially poignant, spacious, and tender... There is an unspoken sadness.’
Peter Fodera, movement teacher, New York.

I have just released a simple remix of one of the sections in Our Missing. I've added to the rhythmic elements and extended it slightly but respected the sparseness and ambience of the original. It may be of interest to movement practitioners and dancers (5 Rhythms/Movement Medicine etc). Check out the new Videos page on the site to watch the music video for this track.
As with the full version of Our Missing, all profits will go to the Rural Teachers Training School in Ayotzinapa, Mexico, that the missing students attended. Thank you for your support.

**It has since been decided by the Vancouver Solidarity Group for Ayotzinapa, and myself, that the funds raised will go into an account for the parents of the missing students. It will help with their legal expenses as they press the state for answers.** 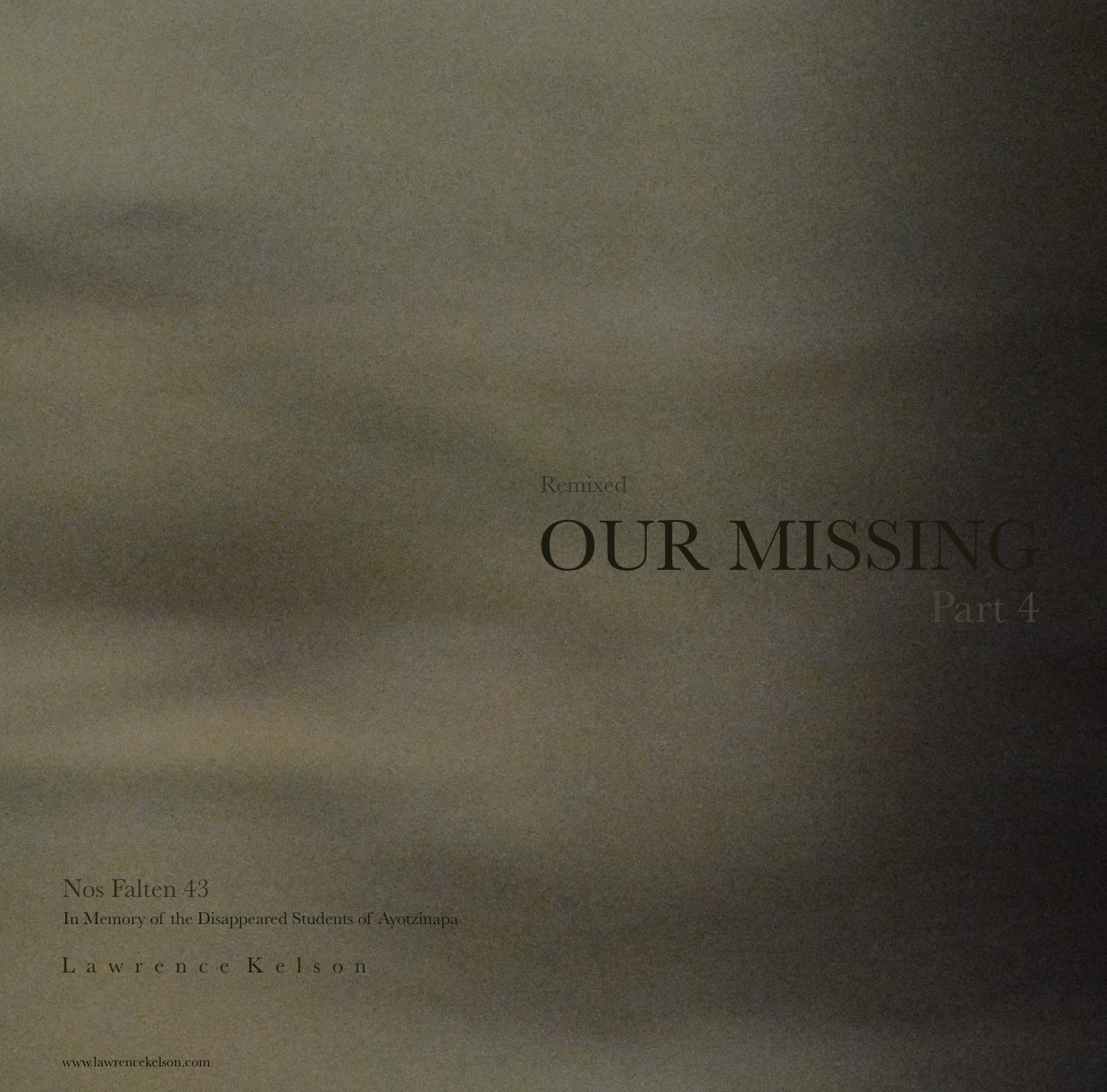 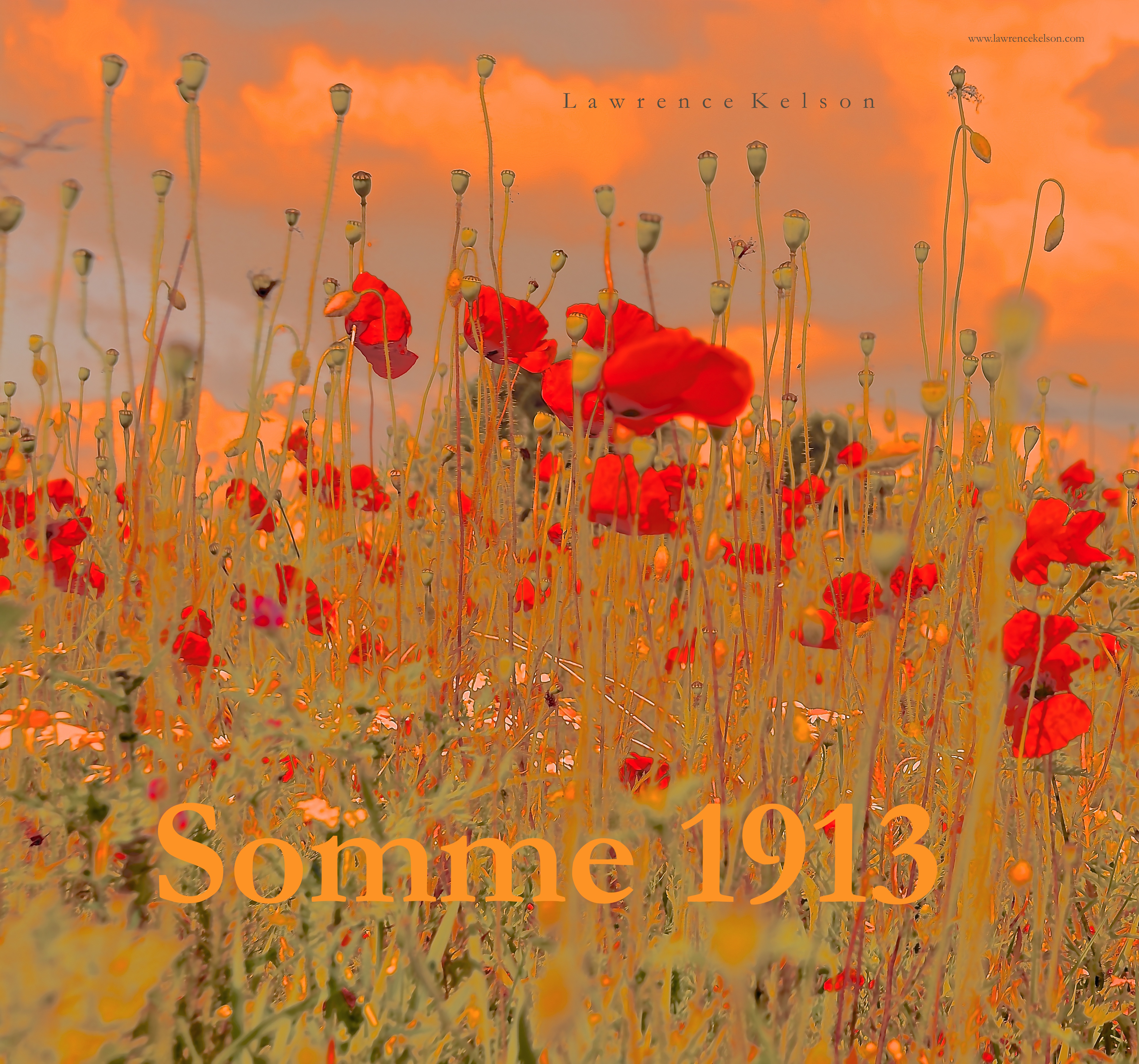 I'm happy to be publishing this orchestral work in six short movements. It has been many months in the making and underwent several major revisions and rewrites. It began in response to my first hearing Alexander Desplat's phenomenal score for The Imitation Game, and it grew from there. It has been composed using Spitfire Audio's symphonic strings, and orchestral percussion libraries, and was mastered at Super Audio Mastering in the UK. I am grateful to artist and photographer Darren Willison for allowing me to use and edit his photograph taken from the Brandenburg Gate, Berlin. You can see more of Darren's work on Instagram: darrenwillison 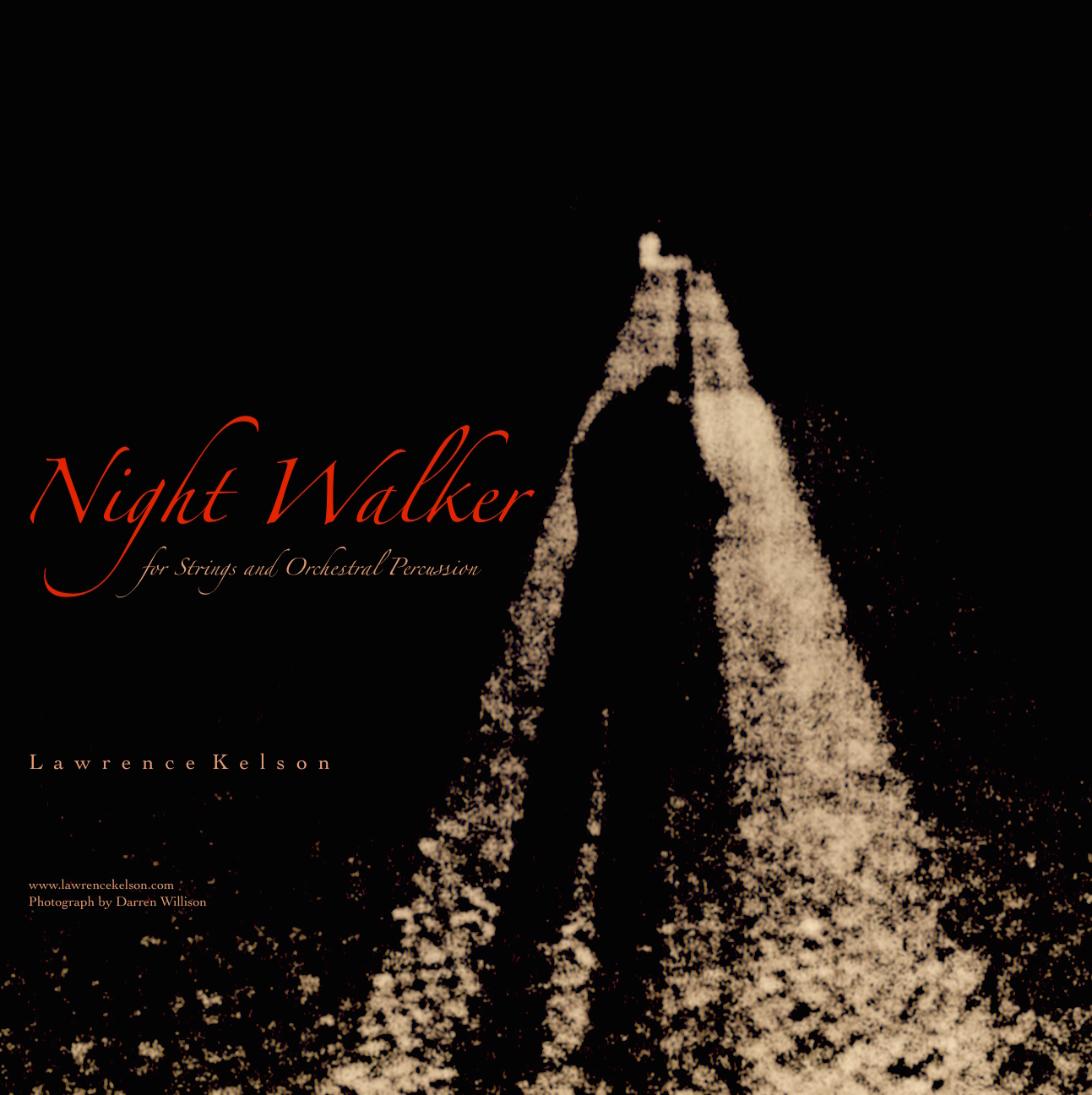